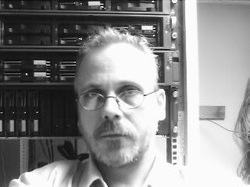 Robert was published first in 1994 when his poetry was picked up by the National Foundation of Poetry and was printed in their annual anthology of poets from around the world.
His writing continued with a very imaginative and colorful genre of comic books.  He served as co-owner/editor of Pensake Comics.  Founded by his long time friend and three new friends/artists and was published in 1995.  The comic was well received at the 1996 Chicago Comic Con.
Robert stopped writing when the group decided to go their separate ways.  Keeping the company name as the last member and placing it in hiatus for an indefinite amount of time.
Back to writing in 2005 he began with some of his own creations from Pensake and started with intent to create a novel, but the love of graphic novels and art brought his realization that this piece should and will be a Graphic Novel.

During that entire time, Robert worked as a Certified Nursing Assistant, Computer Helpdesk Support, Assistant IS Manager and a Software Training and Support Specialist.